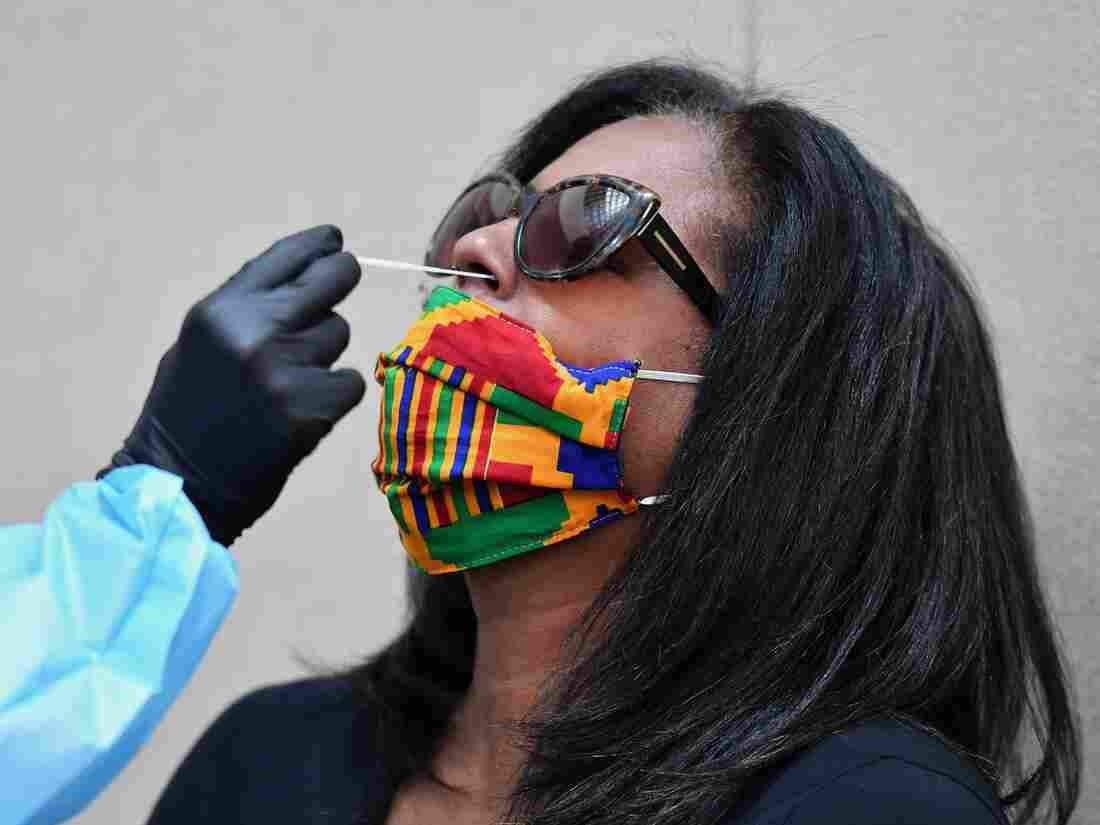 A woman is tested for COVID-19 at Harlem’s Abyssinian Baptist Church in New York City earlier this month. 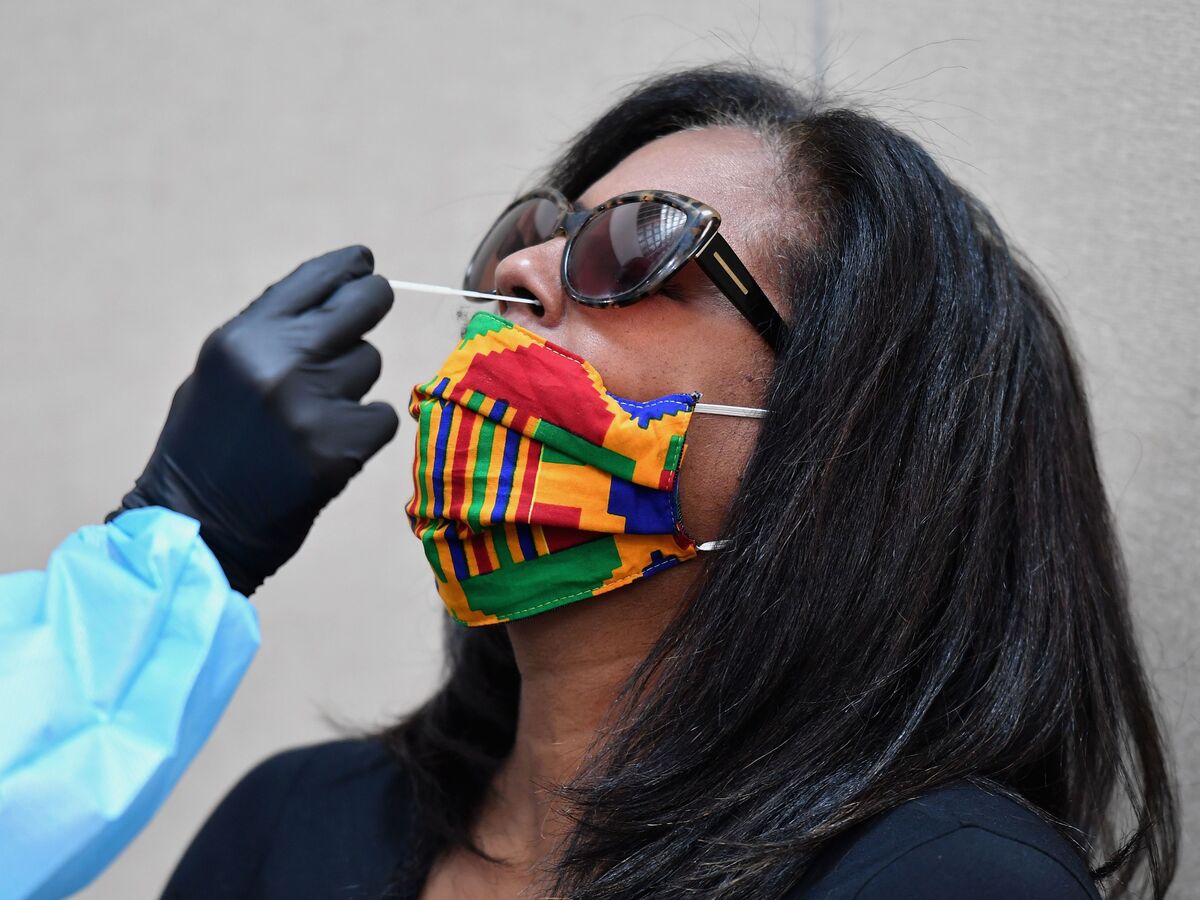 A woman is tested for COVID-19 at Harlem’s Abyssinian Baptist Church in New York City earlier this month.

Earlier in this pandemic, the shortage of tests for coronavirus was a major problem in fighting the spread of COVID-19. The shortage was such that many hospitals and clinics would only test someone who had traveled to a country with an outbreak, had a known exposure to a positive case or showed symptoms of the disease.

But access to tests has improved significantly, and in some places, people can now get tested without having to demonstrate any symptoms at all. So if you can get tested, should you?

The answer is a little complicated. One point to clarify: We’re talking here about the diagnostic or PCR test, used to diagnose people who are currently sick with COVID-19. We’re not talking about antibody or antigen tests, which are different.

The short answer to the question is: Sure, get tested if you want. But the tests are not perfect, and the result will only tell you so much.

Let’s say you test positive. Your doctor will likely instruct you to self-isolate at home. Since you’re not showing symptoms, it could mean that you happened to be tested at just the right time and are infected with the virus but are. asymptomatic. You could also be presymptomatic and develop symptoms in the coming days. The CDC says that if you continue to have no symptoms, you can end self-isolation 10 days after your test.

A positive result could also mean you were sick weeks earlier, fully recovered and are not infectious. The PCR test has sometimes shown positive results weeks after someone recovers, says Dr. Abraar Karan, a physician at Harvard Medical School: “The test could be detecting RNA [of the virus] even in people who are recovered — but that doesn’t mean that they’re infectious.”

Now let’s say you test negative. That news would probably come as a relief. Perhaps you’re hoping a negative result would free you to do certain activities without fear – say, return to work or visit an older family member you haven’t seen in months.

But Dr. Emily Landon, a hospital epidemiologist and infectious diseases specialist at University of Chicago Medicine, warns that a negative test shouldn’t be seen as your ticket to stop being cautious.

“We are certain that there are people who test negative even though they are definitely contagious,” she says. “A positive test can make us relatively certain that you are shedding COVID. But a negative test does not mean the opposite.” It could be that you were tested too early in the disease process or that the swab didn’t pick up your infection.

Landon says it takes at least three to five days after exposure to test positive. What’s more, some people test positive, then negative, then positive again. Hospitals often test people with symptoms twice to try to be more certain about the finding.

The imperfections in test results have made it difficult to know how often health-care workers need to be tested, she says, because a negative test doesn’t mean you don’t have the virus or “that you can just stop wearing your mask and not worry about it anymore.”

In other words, she says, if you’re getting tested to get peace of mind – a negative test shouldn’t give you much peace of mind.

Nonetheless, Robert Hecht, professor of clinical epidemiology at Yale University, offers “an encouraging thumbs-up” to anyone who decides to get tested for the virus just because.

“This idea that you should be both concerned about your own status and recognize that you can be infected without symptoms — and that states should try to make more testing capacity available for people like that,” he says. “I think those are all good things in general.”

From a public health perspective, Landon says there is some value in the odd asymptomatic person being tested and finding out whether they do indeed have COVID-19. “It gives you a better idea of how many people are sick. It helps us to understand the test dynamics better. And anytime somebody is positive, you can remove them from the equation [of transmission],” she says, by taking precautions so they don’t infect others.

But since the negative test doesn’t tell you for sure that you don’t have the virus, it’s not a 100% guarantee that it’s safe to visit your 80-year-old grandparent.

The Kansas City metro has emerged from … END_OF_DOCUMENT_TOKEN_TO_BE_REPLACED

A study finds that improving ventilation can … END_OF_DOCUMENT_TOKEN_TO_BE_REPLACED

The MUSA robotic platform, developed by MicroSure. Image: MicroSureA surgical robot capable of reconnecting vessels with diameters as tiny as 0.3 millimeters has been tested on human patients, and the results are promising. New research published in Nature Communications describes MUSA—the first robotic system designed exclusively for performing reconstructive supermicrosurgery. Using the system, surgeons were able to reconnect vessels with diameters between 0.3 and 0.8 … END_OF_DOCUMENT_TOKEN_TO_BE_REPLACED

Benefit to Employee HOW DOES THE EMPLOYEE BENEFIT? The employee can choose to participate in the plan or not. If the employee participates in the plan part of his/her taxable wage is converted into tax-free benefits. This can be a big tax savings for the employee and … END_OF_DOCUMENT_TOKEN_TO_BE_REPLACED