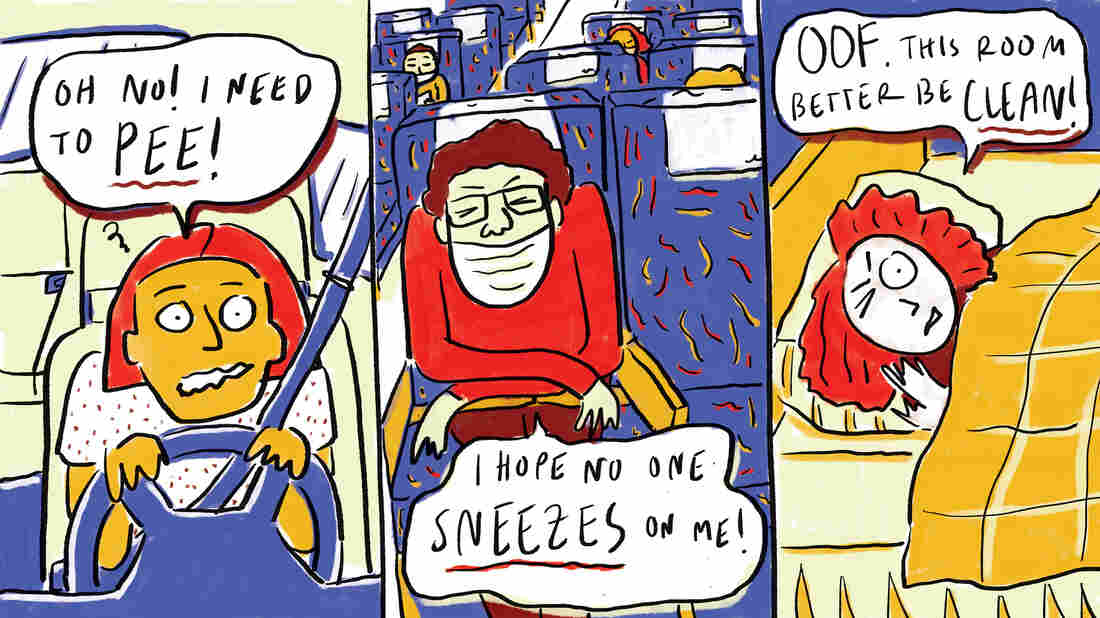 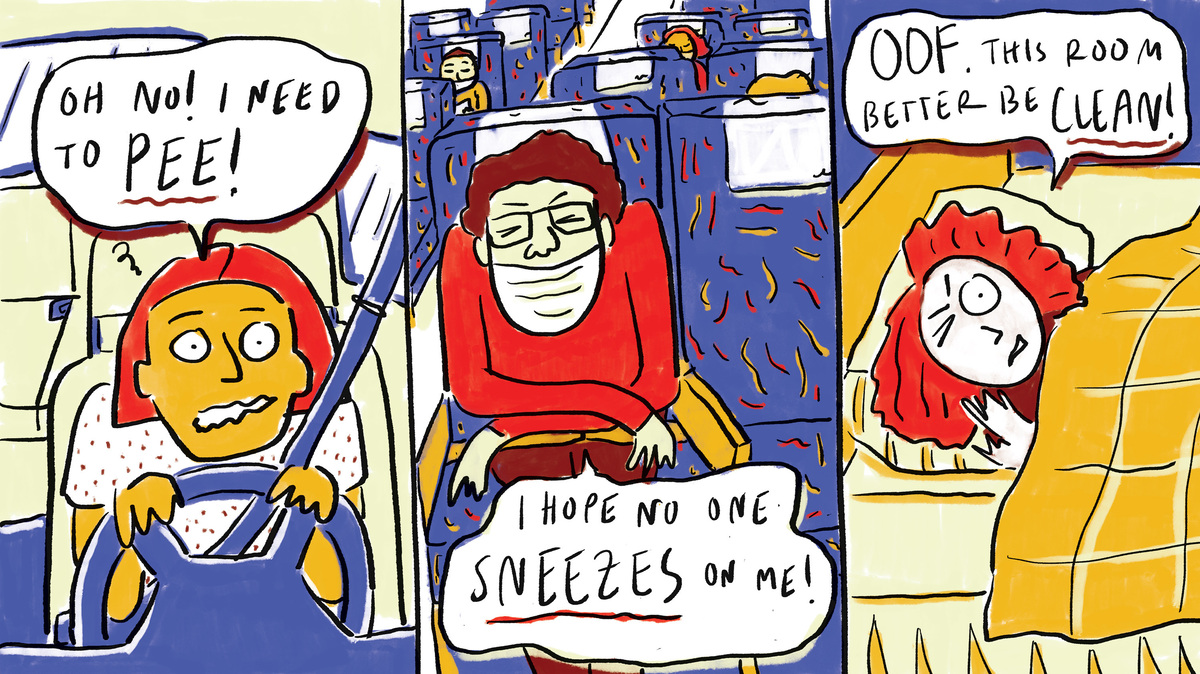 I need to take a trip that would be either a few hours flying or multiple days driving. Which is safer?

As lockdown orders are relaxed to some capacity in countries around the world, travel is starting to see an uptick for the first time since mid-March. But when it comes to taking a longer trip, is it better to travel by car or by plane?

Dr. Henry Wu, a professor of infectious disease medicine at Emory University and director of its TravelWell Center, says there is no definite answer — but it all comes down to planning ahead.

Regardless of whether you fly or drive, Wu says that the first thing to keep in mind is that until a vaccine is developed and proven effective, it’s impossible to fully mitigate all the coronavirus risks, including those associated with traveling.

That means that in accordance with the Centers for Disease Control and Prevention’s guidance, travel should still be limited to circumstances in which it’s absolutely necessary. And for people who are immunocompromised or at high risk of developing severe illnesses, it should be avoided as much as possible.

If you feel you need to take a trip, one main benefit of driving is that it gives you a greater sense of control over your surroundings — although that doesn’t mean it’s necessarily safer than flying.

Lawrence Gostin, director of the O’Neill Institute for National and Global Health Law at Georgetown University, says the key to staying safe is taking measures like wearing a mask and carrying hand sanitizer when in public spaces. He worries, from a behavioral point of view, that people are less likely to follow hygiene protocols over the course of several stops on a long drive.

Here are some essential steps Wu and Gostin suggest to prepare for a road trip:

However, both Wu and Gostin point out that there are certain unavoidable risks that come with driving — like the chances of getting in an accident or having car trouble. And you should always consider your own comfort level with long road trips and unknown highways.

If I decide to take an overnight road trip, how should I choose my lodging?

Gostin says the safest option would be camping — sleeping in your car or on camping grounds with your own tent and supplies. That eliminates the risks of staying in an indoor space where you could come into contact with others. If camping isn’t an option, there are other steps to lower the risks of an overnight stay.

Wu and Gostin recommend choosing a hotel or motel option without elevators or other confined spaces — like a crowded breakfast buffet — that could force you to come in close contact with employees and other guests.

“The more people, the smaller the space, the less [air] circulation and the longer you’re there, your risk goes up,” says Gostin.

Ask ahead of time that the hotel or Airbnb is using EPA-approved disinfectants to clean all surfaces in the room between guests, and, if possible, try to request rooms that have been unoccupied for several days — although there’s no way to know for sure that you’re getting an honest answer.

“We know that COVID-19 virus viability on environmental surfaces is limited, and it really depends on the type of surface, the temperature and the humidity. But in most situations, [the virus] is not viable after several days,” says Wu. “So if you have a room that’s been empty for four or five days or even more, [that’s] better.”

It’s also a good idea to bring your own alcohol wipes for the road and, once inside the room, to wipe down areas that could have been touched by prior occupants: door knobs, tabletops and the TV remote. Or just avoid touching these whenever you can.

Gostin also suggests staying in your room as much as possible. If you have a room with windows that can open, wipe them down before opening them to let in fresh air.

What if I’d rather travel by plane?

If driving for several days seems daunting, taking a flight might be preferable.

“Air circulation systems on planes are quite good. They have high-efficiency particulate air (HEPA) filters and high rates of air exchange,” says Wu. “But that still doesn’t protect you from what is happening immediately around you.”

One of the biggest risks of flying is that it’s hard to predict how full a flight might be or how much you’ll be able to socially distance from other passengers and employees, even as airlines make efforts to minimize close contact.

Read more about the risks of flying — and safety precautions you can take — here.

Could I take a bus or train instead?

Like airplanes, buses and trains both mean traveling in an enclosed environment. One of Wu’s main concerns is the type of air filters used, which may vary from vehicle to vehicle. It might not be possible to find out what type of filter is used in the particular bus or train you are riding or whether it’s effectively circulating the air.

Additionally, not all bus and train companies might be able to exert as much environmental controls as airlines in terms of requiring empty seats between passengers and notifying you if your vehicle is expected to be at full capacity.

Greyhound currently requires all passengers and employees — except children under two and people with breathing difficulties — to wear masks on buses. In addition to requiring face covering, Amtrak is limiting seat capacity to 50% on each train. All café seating is closed.

The same prevention tactics apply to train or bus travel as flying — wash hands often, wipe down surfaces before you touch them and avoid removing your mask.

And when deciding between a train or plane ride, keep in mind the matter of time spent in potentially crowded travel situations matters.

I live in an apartment building. Could I get the coronavirus through the air conditioning system?

We know that the coronavirus is primarily transmitted through respiratory droplets — if an infected person coughs, sneezes or talks near other people, they expel droplets that could get someone else sick.

Could the droplets travel through the air-handling system in an apartment or condo building and into another unit, potentially infecting the neighbors?

There is still no definite answer. The Center for Disease Control and Prevention says that “the contribution of small respirable particles, sometimes called aerosols or droplet nuclei, to close proximity transmission is currently uncertain. However, airborne transmission from person-to-person over long distances is unlikely.”

That’s not to dismiss the risks of aerosol transmission. One study focused on a case in Guangzhou, China, in which three families contracted COVID-19 from eating in the same restaurant. This infection has been primarily attributed to poor ventilation within that particular restaurant.

But Dr. Abraar Karan, physician at Harvard Medical School, says the chances of getting sick from particles being spread from one room to another through the air conditioning system seems unlikely.

William Bahnfleth, engineering professor at Penn State University and chair of the Epidemic Task Force for American Society of Heating, Refrigerating and Air Conditioning Engineers, says it does not seem likely that you could get sick from the AC in your building.

“If they’re small enough, [viral particles] can move through the air. They can move from place to place in a building, either through the air conditioning system or just on air currents under the influence of pressure differences in the building,” he says. “But the real important question is, is there enough of that happening that anyone gets an infection from that? And so far, there doesn’t seem to be evidence that that has happened.”

Dr. Emily Landon, hospital epidemiologist and infectious diseases specialist at University of Chicago Medicine, agrees. She points to places like Hong Kong, Singapore and South Korea, where many people live in high-rises, and there have been no documented reports of infection due to air conditioning between apartments.

What’s more, if you live in a building with what’s called “once-through ventilation air supply,” then the air comes in from the outside, is cooled or heated — and does not “intentionally circulate air between units,” Bahnfleth says.

If you’re still concerned about airflow in your apartment, Bahnfleth suggests opening your windows if possible to bring in fresh air, although this might not be the best option in a high-rise. And although an air purifier or cleaner cannot fully protect you from COVID-19, the Environmental Protection Agency says having one in your home can be a part of your prevention strategy.

“When used along with other best practices recommended by the Centers for Disease Control and Prevention, operating an air cleaner can be part of a plan to protect yourself and your family,” the agency said in a statement.

As we learn more about the virus, it’s possible that the guidance related to air conditioning systems will change. But for now, Landon says it’s not a primary concern for the spread of COVID-19.

“The preponderance of the evidence suggests that [getting infected through air conditioning systems] should not be a problem, but it’s a new virus,” says Landon. “We don’t know everything that there is to know.”

The Kansas City metro has emerged from … END_OF_DOCUMENT_TOKEN_TO_BE_REPLACED

A study finds that improving ventilation can … END_OF_DOCUMENT_TOKEN_TO_BE_REPLACED

The MUSA robotic platform, developed by MicroSure. Image: MicroSureA surgical robot capable of reconnecting vessels with diameters as tiny as 0.3 millimeters has been tested on human patients, and the results are promising. New research published in Nature Communications describes MUSA—the first robotic system designed exclusively for performing reconstructive supermicrosurgery. Using the system, surgeons were able to reconnect vessels with diameters between 0.3 and 0.8 … END_OF_DOCUMENT_TOKEN_TO_BE_REPLACED

Benefit to Employee HOW DOES THE EMPLOYEE BENEFIT? The employee can choose to participate in the plan or not. If the employee participates in the plan part of his/her taxable wage is converted into tax-free benefits. This can be a big tax savings for the employee and … END_OF_DOCUMENT_TOKEN_TO_BE_REPLACED