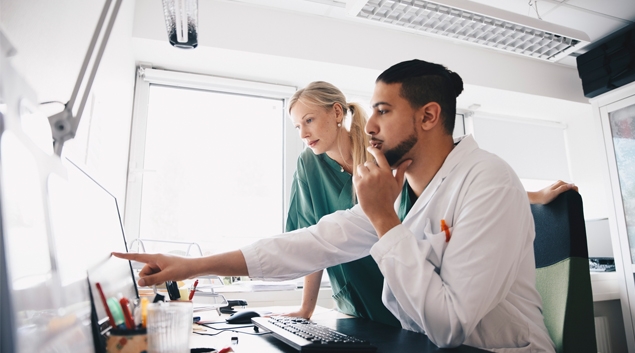 Inefficiency is an issue that continues to plague many areas of healthcare, particularly when it comes to manual administrative functions. While the industry is increasingly harnessing technology – evidenced by the use of telehealth and the push for electronic health record interoperability – administrative complexity continues to be burdensome, and largely paper- and fax-driven. This essentially means cost savings are being left on the table.

Healthcare technology and research firm CAQH recently released a report detailing the extent to which savings could be achieved by adding automation and AI-powered tech to this administrative morass. While the industry has so far avoided about $122 billion in costs by streamlining certain processes, there now exists an opportunity to save an additional $16.3 billion by fully automating certain manual transactions.

“One of the things that has made prior authorization and attachments challenging for the industry is that, as opposed to every other transaction, there is not a standard specified in HIPAA to exchange medical documentation,” said Todd.

“Vendors, plans and providers are hesitant to develop a solution because they might have to change course later on if (the Department of Health and Human Services) decides to address the issue.”

There are other avenues that are ripe for savings as well, particularly when it comes to claims status. Once a provider submits a claim, they’re oftentimes not sure what the status is in terms of their reimbursement. They also are required to send additional documentation to prove a claim, and that can be a time-consuming and complex process. Medical documentation is another manual function that’s ripe for an automation overhaul.

But prior authorizations remain a particular challenge. According to Todd, the actual transaction standard that has been specified in HIPAA is not as clean or as specified as it could be. Adding to the complexity are numerous state regulations regarding prior authorizations, with some states requiring manual intervention, determinations to be mailed, and a phone consultation between the provider and the health plan. That only adds to the inefficiency.

The reason automation is still being implemented in fits and starts in healthcare is because the technology is only now catching up to the need. There have been some signs of improvement over the past year. Before 2020, the share of prior authorizations that were automated stood at about 13%. Last year that shot up to 21%, the largest increase seen in some time.

Todd hopes it’s the beginning of a trend. And it may well be, given that health plans, providers and vendors have all put a renewed focus on prior authorization automation – improving the standards, or in some cases introducing new standards that have helped shepherd the technology into more mainstream use.

While that’s the current focus, the true beginning of this new wave of automation started with claims.

“After HIPAA was passed, some of the transactions plans started with were the ones that were much more frequent,” Todd said. “Claims especially make up lots of volume. And providers really care about it because they want to get paid quickly. Looking in the index, 96% of claims transactions are electronic and move very quickly, so the industry really started there, and also with eligibility transactions.

“When you look at other transactions that followed that, they’re less voluminous,” she said. “Prior authorizations in particular, for each transaction they cause a lot of burden in terms of time, but from a volume perspective they don’t happen nearly as often as a claim or benefit transaction.”

Luckily, while the cost of manual transactions is increasing, the cost of automation is actually decreasing, as electronic processes become even more efficient and chip away at transaction costs. A sustained effort is needed for this trend to continue, though, as healthcare continues to add layers of complexity – from value-based payment models and telehealth to technological changes that may require more detail on a prior authorization.

“As those advancements and complexities continue to evolve, our transactions need to make sure they’re structured in a way that can accommodate those changes,” Todd said. “Transactions aren’t updated as frequently as they should be, so complex needs are moving to manual processes. So we need to put in the effort of updating our manual transactions.”

The $16 billion annual savings opportunity is a fluid number; it was lower last year and may be even higher next year. That’s due primarily to the increase in costs of manual processes. Actually achieving those savings will require effort and vigilance on the part of the industry.

“It’s something where we need to continuously be looking at how it can improve the transactions and keep them up to date,” said Todd, “so it’s a call for the industry to stay engaged.”

The Diverse Roles of AI & ML

Machine learning applications are proliferating and improving, and this month we’ll explore the many ways they’re being put to work.

The Kansas City metro has emerged from … END_OF_DOCUMENT_TOKEN_TO_BE_REPLACED

A study finds that improving ventilation can … END_OF_DOCUMENT_TOKEN_TO_BE_REPLACED

The MUSA robotic platform, developed by MicroSure. Image: MicroSureA surgical robot capable of reconnecting vessels with diameters as tiny as 0.3 millimeters has been tested on human patients, and the results are promising. New research published in Nature Communications describes MUSA—the first robotic system designed exclusively for performing reconstructive supermicrosurgery. Using the system, surgeons were able to reconnect vessels with diameters between 0.3 and 0.8 … END_OF_DOCUMENT_TOKEN_TO_BE_REPLACED

Benefit to Employee HOW DOES THE EMPLOYEE BENEFIT? The employee can choose to participate in the plan or not. If the employee participates in the plan part of his/her taxable wage is converted into tax-free benefits. This can be a big tax savings for the employee and … END_OF_DOCUMENT_TOKEN_TO_BE_REPLACED